It is over 25 years since the EU determined that separating train operations from the management of the tracks and infrastructure would be a good idea. 15 years ago, I covered the topic in detail, and at that time there was a clear distinction between what was happening in the UK compared with the rest of Western Europe in particular.

Britain had charged headlong into a massive restructuring of the rail industry, creating bodies that would own and lease rolling stock to businesses who would simply run trains under a franchising scheme, not dissimilar to that used by parcel delivery firms today. The track, signalling and communications were the province of a single business unit we called Railtrack plc.

But, we went a step further still, breaking down the assets of the infrastructure company, and allowing a variety of smaller maintenance and other businesses to repair, update and manage the track and trackside systems. And, we did this over a 2 or 3-year window. Railtrack plc proved to be a disaster, and following various court processes in 2001, the private business of Railtrack was transferred to Government ownership as a not for profit business – Network Rail in 2002.

In Europe, by contrast, the separation of operation from infrastructure was more protracted. The former national railways of France, Germany, Belgium and the Netherlands separated their train operation functions from the teams that looked after the track and established separate business units. They were accounted for separately, but still reporting under the group umbrella.

The 1991 EU Directive required member states to separate operations from infrastructure, and by the turn of the century, success was partially achieved, with most Western European states adopting a structure with a single company running the trains, and another supporting and maintaining the track and routes.   In 2000, just under 10 years after it was agreed, this liberalization had been progressed by 21 countries, since when, several further reforms of the directive have been carried out, and significant changes in rail operations has taken place across Europe as a whole. 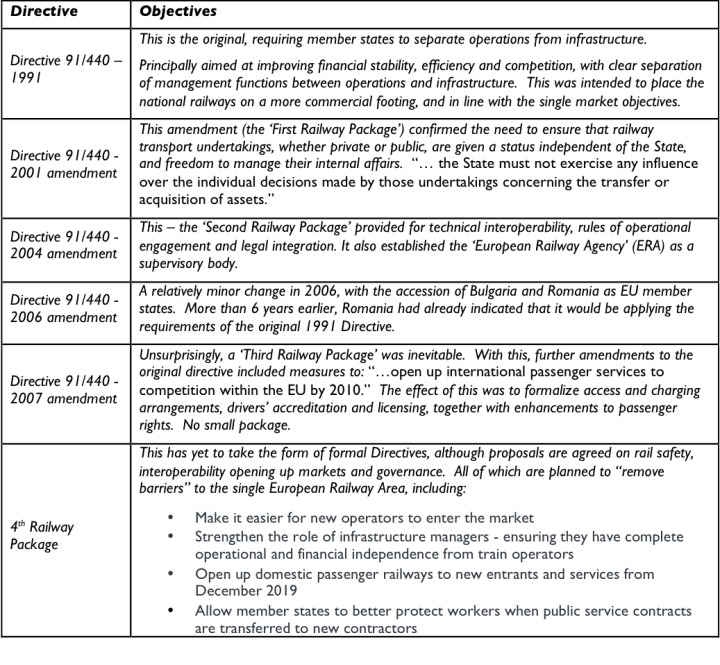 This liberalisation has certainly moved on a great deal since then, although it has not – in general – achieved one of the major aims; reducing state subsidy and improving efficiency in operation.

The Directive itself has been repealed, and was replaced in 2012 by Directive 2012/34/EU of the European Parliament and of the Council of 21 November 2012 establishing a single European railway area. As before though, this directive does not mandate the setting up of separate train operating companies, as per the UK style, nor does it mandate that both infrastructure and operator be separate companies.  They could simply be separate divisions within the same company.

But in essence, all that happened in 2012, was the merging of the various amndments in the table above, into a single Directive/Act.

Of course, it must be said that much of the progress has been ‘hampered’, or at least challenged by the interoperability question across Europe, and the directive’s amendments has tried to introduce commonalities across operational and management. On top of this, the EU has expanded by more than 9 new member states, and suffered the consequences of the financial/banking crisis and economic recession. 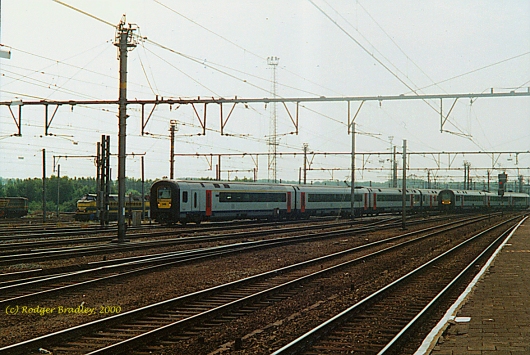 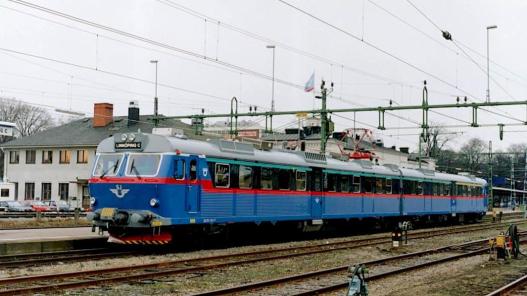 Nonetheless, the opening up of the rail markets to new operators – be it train operator, or infrastructure manager – has continued apace. It could be argued today, that the British approach ‘pioneered’ in the 1990s, has dominated the liberalisation, or privatisation process.

One striking feature in the past decade or so, has been the number of new agencies and representative bodies that have been established, whilst others have had name changes, and national governments have re-organised functions. A classic example is in Sweden, where Trafikverket, which now has responsibility for rail, road and maritime services, replaced Banverket in 2004. This is mirrored in the UK by the ORR, which has morphed from the old SRA into ORR – originally Office for Rail Regulation, into the Office for Road & Rail. 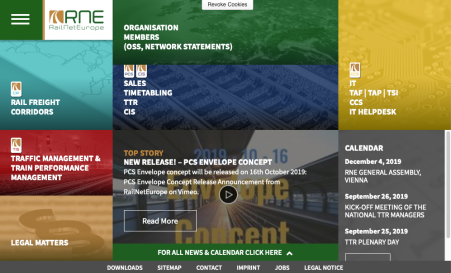 Examples of some of the new organisations demanded by the increasing fragmentation of the individual state rail networks includes “RailNetEurope (RNE)” an association for ‘infrastructure managers’, which cover such tasks as co-ordinating timetabling across Europe, coordinating access charging, train pathing, operation monitoring, the One-Stop Shop (OSS) system, etc.

There are now 28 EU member states, but not all have fully implemented Directive 91/440, or its subsequent amendments, which since 2001 have been described as “Railway Packages”, whether or how the “Brexit” negotiations and the UK’s position will affect this is as yet unknown.  Although quite clearly, if the UK does cease to be a member of the EU there will be changes to the relationship with a variety of bodies, although membership of key technology and management institutions will continue. 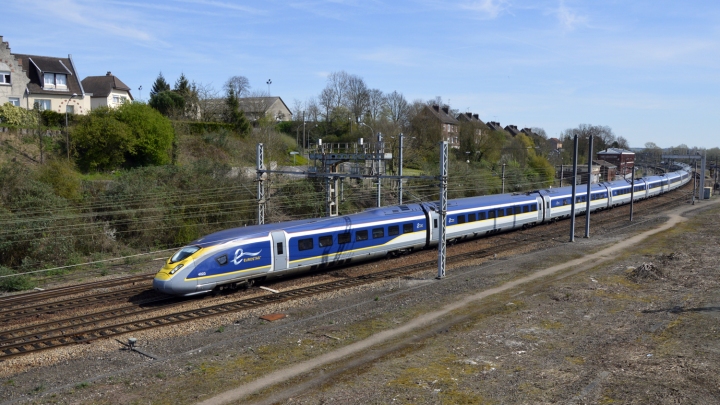 The practical impacts on train operations through the Channel Tunnel, via Eurostar, and maybe on the technology and accreditation used to drive those trains, including Euroshuttle will likely be adjusted. 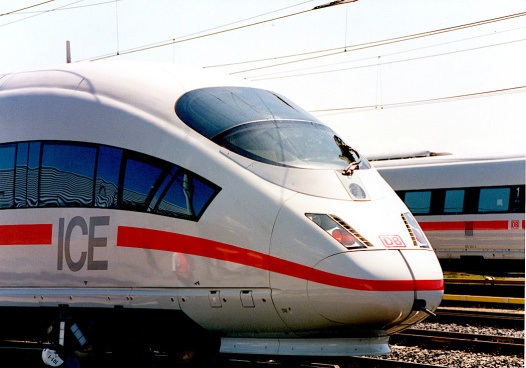 Out of the original 19 countries reviewed in 2000, 9 had stated they would definitely complete the separation – although in some cases, this took longer than planned. Germany, Greece and the Netherlands were “in progress”, whilst only one country – Ireland – had said a definite no. At the same time, both Austria and Switzerland had said no, but were progressing reforms, and in Spain, partial separation was claimed at the start of the new millennium.

Here, in Britain, we set up a new train operating company grouping, with the catchy title the Association of Train Operating Companies (ATOC). We’re good at setting up committees, and this one seemed to be an umbrella organisation for a number of businesses running train services on the Railtrack infrastructure. Mostly, these were regional operators, in some ways mimicking the outline of the old pre-grouping railway companies!

The initial approach to running trains was for a business, or consortium of business partners to bid for a ‘franchise’ to run train services over a particular route, or number of routes.  These contractual arrangments were time limited, and within which there was a fair amount of variety in the duration, from a handful of years, to more than a decade.  In part this semi-stable approach would not be conducive to increased investment in new technology or services, especially as the investment in any new rolling stock would come through another authority – the rolling stock leasing companies.

But, the UK’s method of leasing rolling stock and bidding for franchises, over the old British Rail network – albeit under a different name – would come in for much criticism and failures in later years.  The introduction of ‘open access train operators’ further down the track added further complexity.

By 2000, our next-door neighbours in Belgium, Netherlands, Denmark and France had taken the separation approach in what was perceived as the orthodox manner, establishing Maatschappij der Belgische Spoorwegen, NS Railinfratrust BV, Banedanmark, and Réseau Ferré de France (RFF) respectively. By 2015, Maatschappij had been replaced by Infrabel , RFF by SNCF Réseau in France, and ProRail B.V. became the trading name of NS Railinfratrust BV in the Netherlands, whilst Denmark opted for keeping the same name – essentially.

The regulations did not specify how the train operations or the infrastructure companies were to be created; it simply stated that there should be separation between the two elements of a railway system. The same technique was used in Norway, Sweden, Finland, Germany, Italy, Spain and Portugal.

As you can see from the table, there have been quite a number of changes in the past decade, some connected with technological development, but equally as many with business process changes, especially in regard to managing and charging for access to the infrastructure. A key theme running through the changes that have been made is “multi-modal” operation, where either the operating company, or infrastructure manager runs bus, ferry or road and freight logistics services.

Also noted in the table – ironically – is the difference between the separation plans from Ireland and Norway. Ireland an EU member state indicated it was not progressing separation, whilst Norway, NOT a member state had made a commitment to follow the EU Directive!

The train operators are perhaps the ones who have changed most – not least because we tend to see them at work! A characteristic of the separation that has undergone the most reform is the way access rights and charges are granted, and the financing schemes to underpin one of the original objectives – to reduce indebtedness and secure a more financial, and commercially stable railway system. This vision was to apply across Europe, and develop interoperability through designated corridors and high priority projects, whilst at the same time opening up the markets to competition and innovation from new entrants.

Has it achieved this aim so far? In part perhaps, but the introduction of this ‘openness’ across national boundaries has also led to more collaboration, and partnerships developing between existing operators. Take Britain as an example – which UK train operators run services in other countries? These are not so easy to determine, since they are usually within the scope of multi-business partnerships, such as Arriva, or Abellio. Their business includes operations in Germany and the Netherlands, mostly offering regional, or corridor specific services. 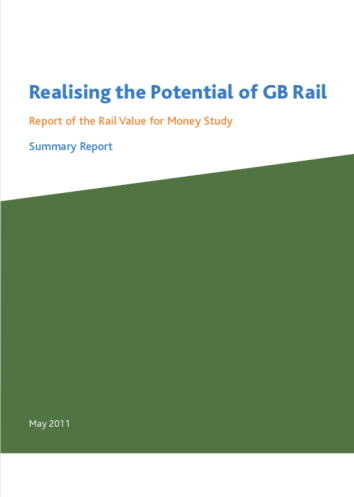 Perhaps the most significant change in Britain was setting up the Rail Delivery Group (RDG) in 2014, following the recommendations of the “McNulty Report” in 2011. The fact that the RDG was established perhaps reinforced the notion that fragmenting through franchising privately run train operations in the UK, on an essentially state owned infrastructure business, was a poor choice of implementing the 1991 EU Directive. In short it seems to have said – train operators and the infrastructure maintainers were not talking to one another, and co-ordination is necessary. It remains to be seen if “decentralisation and devolution” within Network Rail, as Railtrack’s succssor will be any more effective, and it seems to indicate that fragmentation practices applied in the early 1990s are still in favour.

The UK still has some 24 TOC’s, including 2 ‘Open Access’ providers, and following the failure of yet another franchise for the East Coast Main Line, the London to Edinbuirgh route has been nationalised again.  Or, in the jargon of the day, it is now run by the “Operator of Last Resort”.

The UK’s approach remains fairly unique amongst European countries in the way that it approach, and continues to implement the aims and objectives of the 1991 Directive, and is focussed more intensely on finances than the prospects for rail services.  Yes, and I can see that HS2, and other rail proposals remain in that future pipeline … we remain interested to see what happens next.