British Railways standard diesel shunter was the English Electric designed 0-6-0, with almost any number of variations of the ‘K’ series engine of 1930s vintage.  This was developed from the 1930s designs used on the LMS, and was the mainstay of goods, and train marshalling yard operations – it seemed almost forever.

However, in 1962 there were no fewer than 666 diesel shunting locomotives in operation on BR, of either 0-4-0 or 0-6-0 wheel arrangement and powered by engines of less than 350 hp.  These “non-standard” types performed a variety of the most mundane tasks, and their earliest appearance was from a pre-nationalisation order to the Hunslet Engine Co. of Leeds, also by the LMS.  Following the end of the Second World War, many more were ordered from various makers. 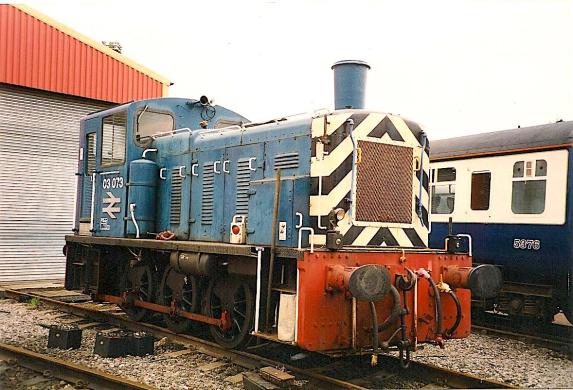 By the early 1980s there were only a handful left in service, mainly of the Class 03 0-6-0s built at Swindon, together with samples from Andrew Barclay, Ruston & Hornsby, Hunslet, Drewry Car Co., Hudswell-Clarke, etc.

During BR days, a motley collection of some 11 different designs were in service, carrying out shunting and many other light duties at yards the length and breadth of the country. Although some of the designs dated from the 1930s, the majority were constructed after 1948.

The particular types reviewed here were built at Swindon Works, Drewry/Vulcan Foundry, Hunslet and Hudswell-Clarke.  Each featured either a 204hp or 153hp Gardner diesel engine, and various forms of mechanical transmission. 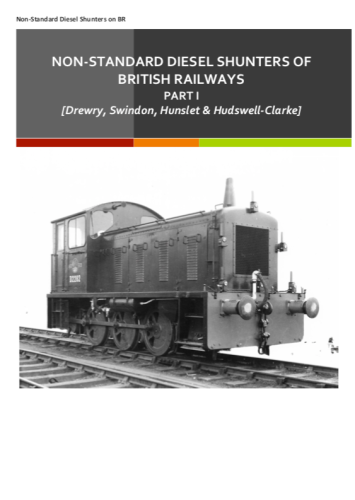