I was fortunate to have a Grandfather who drove steam engines, right through from pre-Grouping to British Railways days, and was the beneficiary of numerous copies of the BR London Midland Region magazine – avidly read when I was on holiday.  Obviously, many of the stories related to people, locations, and some new technology developments – locomotives, new stations, new lines, and a gardening section.

Each area, and region of course had their own sports teams, first aid teams, amateur dramatics sections, and individuals who had built models from matchsticks, or replicas of main line steam locomotives in miniature.  There were the retirements, and trbutes to the people who built and ran the railways in the past, and those who worked on the permanent way, maintaining its safety, and keeping the trains running.  The extent and variety of activities and events reported were enormous, with reflections on the past in equal measure to the changes then taking place.

One interesting series of items that appeared in the 1950s was John Drayton’s  “Illustrated Rules”, which took specific rules, and with the aid of a cartoon illustration provided a simplified explanation of how they were applied.  Sometimes they were very serious, and sometimes the cartoon might show some of those railwaymen who knew it was OK to hang off the footsteps on a moving loco – like this one: 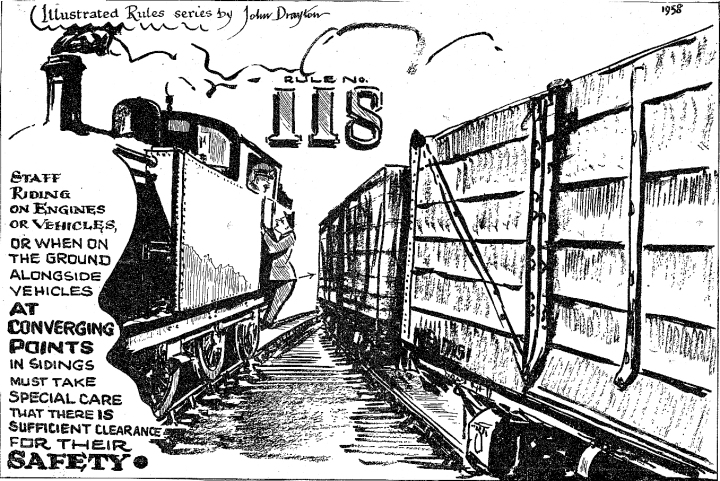 “Staff riding on engines or vehicles, or when on the ground alongside vehicles, at converging points in sidings, must take special care that there is sufficient clearance for their safety”

Or this one about the emission of smoke and steam from engines – Rule 126 (v):

“arrange the fire so as to avoid any unnecessary emission of smoke particularly whilst standing at or passing stations, and prevent blowing off steam at safety valves as far as possible”

But not everything John Drayton sketched was about the rule book, he offered some interesting drawings about new technology too: 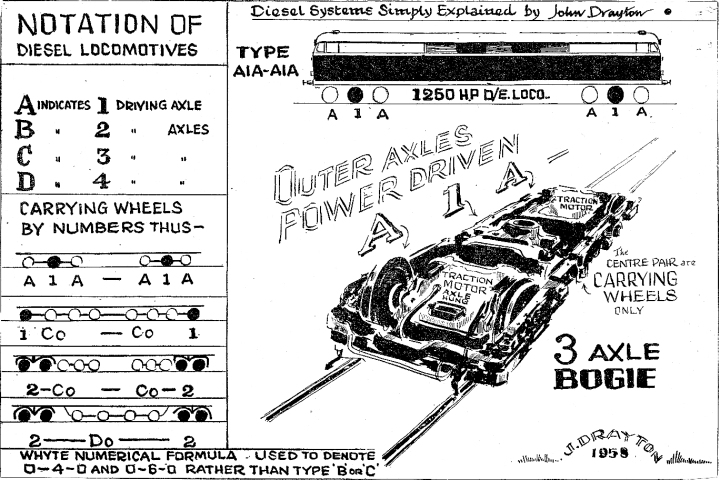 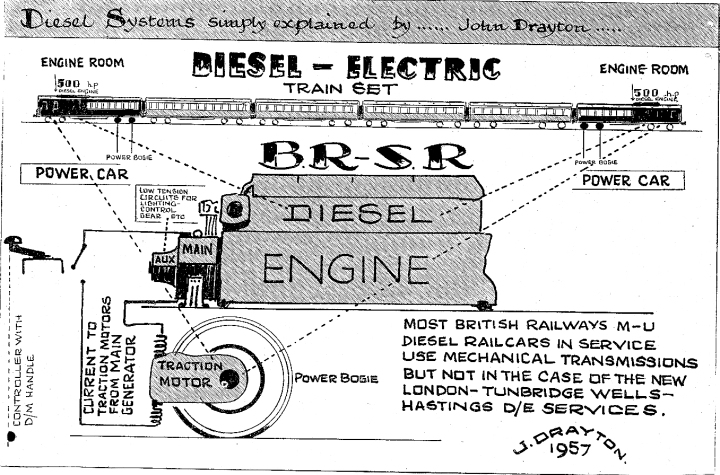 Of course, the LM Region Magazine covered new loco builds – like this one – the Crosti boilered 9F 2-10-0s, which were very much a non-standard design of British Railways Standard steam locomotive designs.  This was the story the magazine carried in July 1955 of the Crewe built locomotives.

I’ll post some more of John Drayton’s sketches, and others in future posts.