60 years ago on the 27th Nov ember 1959, Britain’s pioneer 25Kv A.C. electric locomotive was officially handed over to British Railways. Then numbered E3001, it  was to be the first of a long series of successful  locomotive designs for the West Coast Main Line (WCML). Within this series there have  come to be seven basic designs, and a number of sub-divisions of the classes ALl to AL7. Although the last of these was never actually  introduced under the old title of AL7, but  designated Class 87 with the new “TOPS”  locomotive codes, the family likeness remains  very strong despite the detail alterations to the appearance of the latest type. 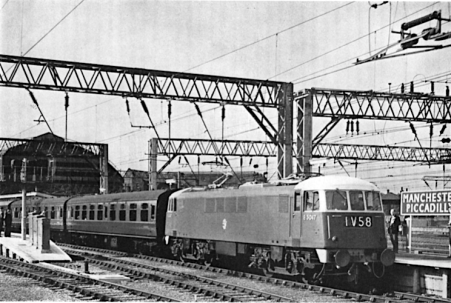 Under the Modernisation Plan proposals it was decided that two types of locomotive – ‘A’ and ‘B’ – would be required. These were for mixed traffic, and freight service, respectively, with an equal number of both types needed, with their different haulage characteristics. This was not how things turned out, with the slower progress in the adoption of continuous brakes on freight trains, only five of the first 100 locomotives were type ‘B’, freight types. Metropolitan Vickers and BTH (as AEI), and English Electric were the builders of this entirely new breed of motive power, with mechanical portions of some constructed at BR’s Doncaster Works, and the North British Loco Co., in Glasgow. 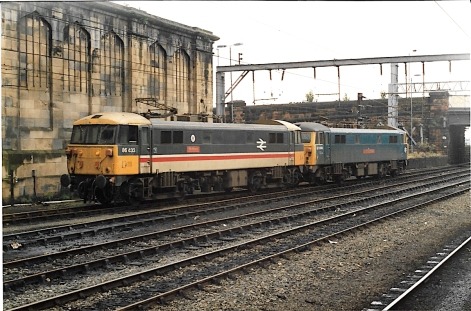 In 30 years, the UK railway industry, together with British Rail’s workshops had provided innovation, specialist technical, design and manufacturing skills that delivered the high-speed rail network, with the East and West Coast Main Line routes as their backbone. 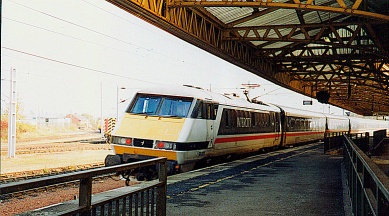 “Electra” was in effect the final gestation of the first, second and third-generation a.c. locomotive designs to be operated by British Rail, and whilst the ultimate high-speed passenger train, the APT never materialised, it did give rise to the “Pendolino” tilting trains.

Click on the image below for a longer read …. 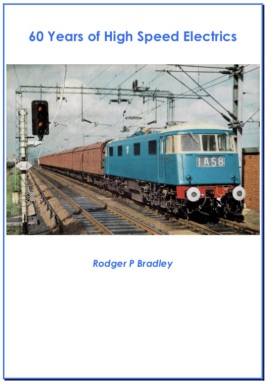