Came across these in my collection recently, and it set me to ask why we don’t carry post by train anymore – more specifically, why no “Royal Mail” coaches, whether TPOs or not?

It started on the Grand Junction Railway in 1838 – the first time mail was sorted on a moving train, and was still being done over 150 years later.  The platforms of major stations would invariably see mini-mountains of mailbags, some stacked, some on platform trolleys, but all being transported by rail.

We still use postal services for letters and parcels – well mostly junk mail I suppose – but they still need to travel in bulk between ‘sorting offices’ – or have they gone too?  Maybe they’ve called them distribution centres, or regional post logistics management centres.

To be fair, it all seemed to start going pear shaped back in the 1990s, when the LDC (London Distribution Centre) was opened as the ‘hub’ for long distance mail transport.  Around the same time, Royal Mail had 16 four-car Class 325 electric multiple units built by ABB just to transport mail. 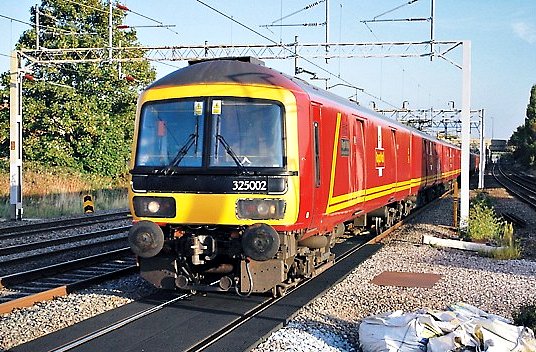 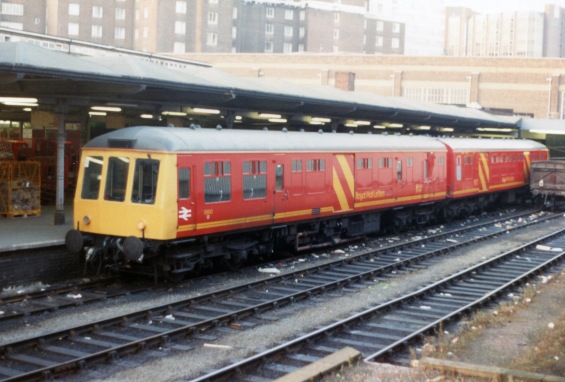 Class 114 taken during its final year of service, in June 2013.     Photo licensed under the Creative Commons Attribution 2.0 Generic license.

Some earlier designs of multiple unit, such as the Class 114 were converted from passenger carrying to mail carrying services, which were operated by the Rail Express Services – a development from British Rail’s business sectors in the 1980s. 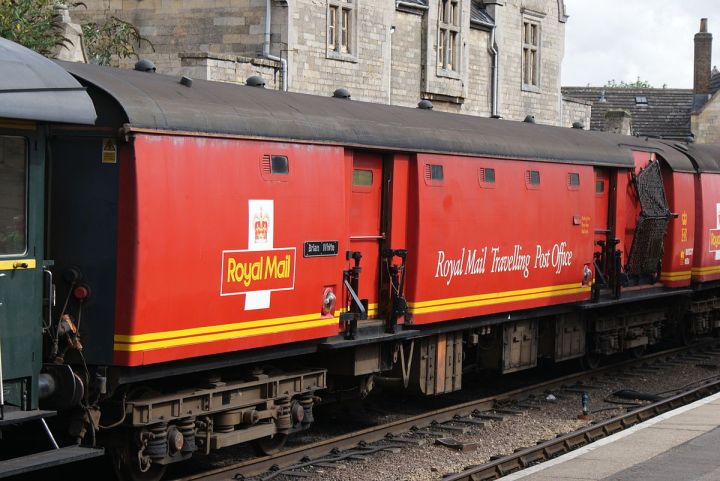 It would not be fair to say that the loss of rail mail was due to technology changes at Royal Mail alone, since the 1990s privatisation of British Rail had a big part to play. Under the brand Rail Express Systems and their successor EWS still operated some services, but in 2003 Royal Mail decided to suspend transport of mail by rail.  The last TPO services operated on the overnight service on 9th January 2004.   This brought to an end  166 years of sorting mail on trains in the UK.

A fair number of the vehicles that went tpo make up the mail train have been preserved at locations around the UK.  The trains themselves in their later yearswere typically made up with these vehicles:

Perhaps the most notorious incident to occur was the 1963 “Great Train Robbery“.  This took place on the early morning of 8th August 1963, and involved the up postal from Glasgow Central to London Euston.  The train was hauled by one of the new English Electric Type 4 diesels, No. D326, with 12 carriages and carrying 72 post office staff, together with the crew of Driver Jack Mills and Fireman/Second man David Whitby.   The robbery was carried out by two criminal gangs, and driver Jack Mills’ injuries by the gang contributed significantly to his suffering over a number of years, until his death in 1970.

So although mechanised sorting offices had effectively eliminated the need to sort on board long distance trains, these specialised multiple units were used until the end of 2014.  For the past 4 years, mail has only been transported by road – HGVs pounding up and down the motorways, and a plethora of smaller vans delivering mail, and parcels across the country.

Related Posts on this site: