Back in 1974, British Rail completed a major electrification between Crewe and Glasgow, and introduced a new timetable on 6th May that year.  This project was planned back in the mid 1950s, with the modernisation plan, which also included both the West and  East Coast routes.  Until 1966, when the London Euston to Manchester and Liverpool was completed, cash strapped BR was forced to delay the East Coast route, but in only 8 years the remaining length of the West Coast was completed. 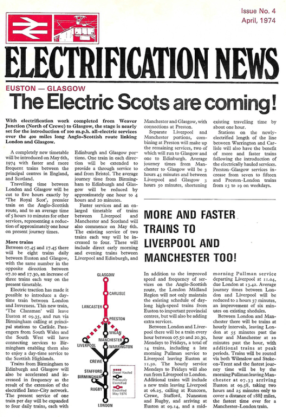 Today – or rather back in 2013 – work began on electrifying the railway between London Paddington and Cardiff, and planned for completion by 2018, a distance of just 145 miles, and now it has been put back to 2024.  The decision to electrify the line was taken in 2009 by the Dept for Transport, but it was beset with management/organisational problems almost from the word go, and the National Audit Office made some critical observations. Some of these were directed at Network Rail, but equally at the DfT, inckuding this little observation in its 2016 report “Modernising the Great Western Railway“:

“The Department did not produce a business case bringing together all the elements of what became the Great Western Route Modernisation industry programme until March 2015. This was more than two years after ordering the trains and over a year after Network Rail began work to electrify the route.”

Comparing what was achieved in 1974, with the electrification work of major trunk routes like Glasgow to Preston and Crewe, to connect with the existing WCML wires, the time to complete this quite short route seems excessive.   The cost so far is over £5 billion, and whilst some of that is infrastructure, some includes of course the new ‘bi-mode’ trains. 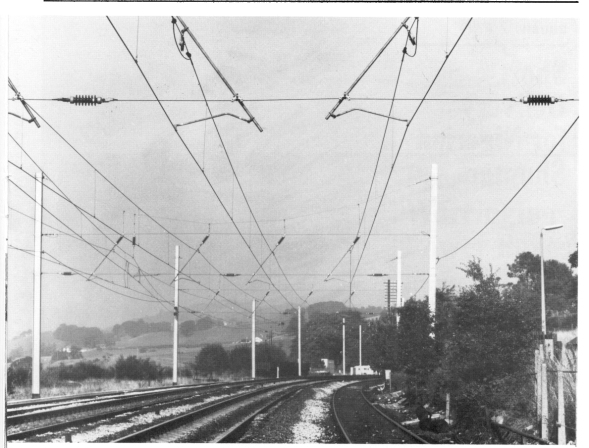 British Rail electrified 200 miles from Weaver Junction to Gretna, and Glasgow Central in just 8 years.  But it wasn’t just electrification back then, since there was considerable rebuilding and remodelling of trackwork, raising or replacing bridges, and resignalling throughout from London to Glasgow.  The overall cost was £74 million in 1970s prices, or approximately £1 billion today.

Another publication from BR at the time was “Electric All The Way”, which included these interesting comments relating to service improvements to and from Preston:

“The new pattern of services between London and Glasgow introduced on May 6 1974, provides passengers travelling to and from stations between Carlisle and Warrington on the newly electrified portion of the Anglo-Scottish route with more high-speed trains. Preston-Glasgow services have more than doubled, from seven to 15 daily, with an average reduction in journey time of almost one hour.  Preston-London trains have been increasedfrom 12 to 19.”

“Faster journey times and improved connections at Oxenholme for Windermere make the Lake District more easily accessible from all centres on the electrified route.”

So how many high-speed trains from Preston to Glasgow today, and how many southbound?

The introduction of the “Electric Scots” also saw the arrival of Britain’s most powerful AC electric locomotives – the Class 87.  Built by BREL workshops, and powered by GEC Traction equipment. 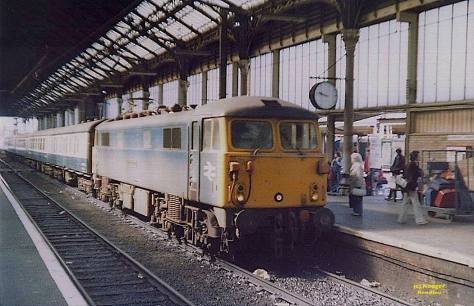 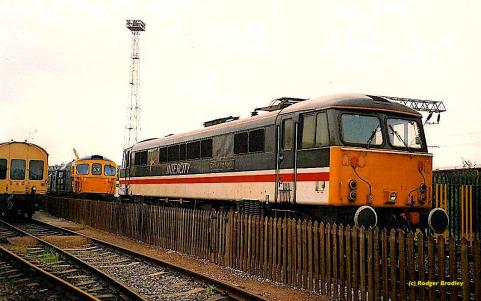 Out of use at Crewe, Class 87 in final BR livery 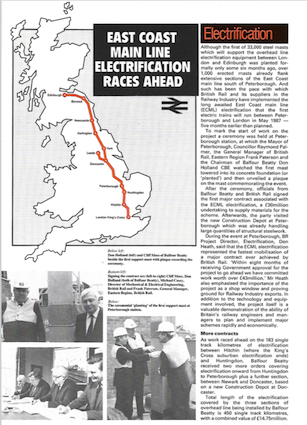 Summary of progress on the ECML in Railpower No. 47 – courtesy of the RIA 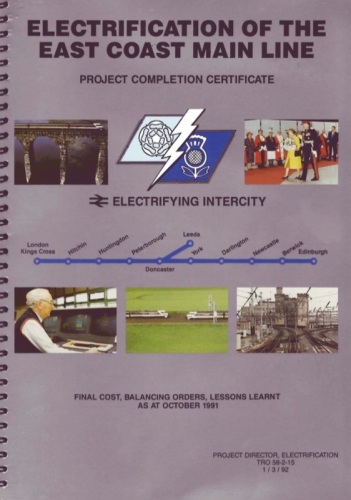 BR’s final certificate of completion of the ECML, published in 1992

Here again, the ECML saw the introduction of a nother new form of high-speed motive power, this time from the GEC Traction stable, and codenamed “Electra”, the Class 91 marked perhaps the zenith of British electric traction design. 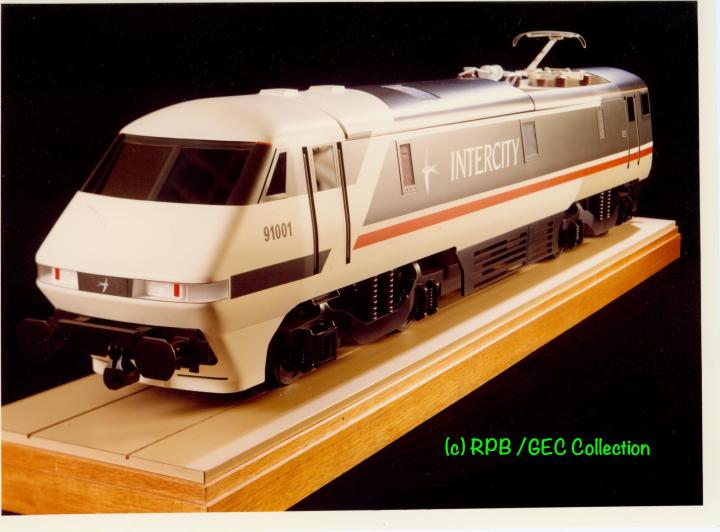 Why can’t we organise this as effectively today as happened in the 1970s and 1980s?