The Piggyback Consortium proposal was tied to the ‘modernisation’ of the West Coast Main Line, and detailed in Railtrack’s proposal “A Railway for the Twenty First Century”, published in March 1995.

At the same time, the Government was busy preparing Railtrack for privatisation, and the Thrall Car Company were established in the old BR works at York – this is what they said in their brochure at the time:

Sadly, the BR works at York closed in 1996, but was re-opened in 1997, with Thrall Car Manufacturing Co.  The company had received an order from EWS for around £200 million to build 2,500 wagons, including steel coil carriers, coal hoppers, box and container flat wagons. Sadly, this was the only major order received at York, and Thrall’s successor – Trinity Industries – closed the plant in 2002, with the loss of 260 jobs.

In original guise, Thrall’s spine wagons were publicised like this.

Thrall and Babcock Rail’s lack of success with the spine wagon idea, was largely as a result of the lack of take up commercially of the piggyback innovation, for domestic and international services, along with unresolved national problems around transport policy, never fully resolved.

Built by Babcock Rail Rosyth, this image shows a standard road tanker mounted on one of the Babcock piggyback wagons. The lack of a national strategy for bulk transport of liquids, including foodstuffs dealt a mortal blow to this type of piggyback operation.

There was potential for this and other proposals, such as the pocket wagons, with successful trials run between Penrith and Cricklewood using the road tanker on a piggy back trailer, but the customer demand needed buy-in from more than one or two national organisations, and some “public monopolies” such as “Milk Marque” were fragmented, taking away those potentials.  Later still, other commercial interests died away, and despite the success of these ideas, from an engineering and operational trial perspective, it has simply melted away.

By 2017, a lot of changes had taken place, although investment in the routes has occurred in some places, it is by no means as comprehensive – or indeed integrated – as it was almost 20 years ago.   Network Rail published a “Freight Network Study”, in April 2017, though in short, for rail freight, we appear to be little further forward: 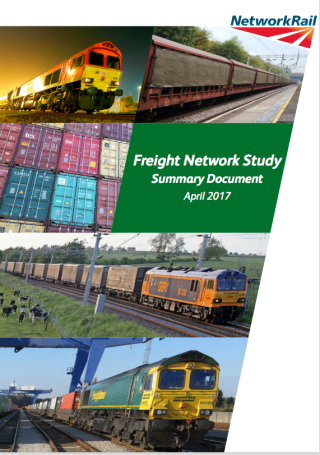 The Thrall / Babcock Eurospine wagons were simply mothballed after 2002, and stored out of use at Carlisle, near the old Upperby Maintenance Depot, which itself was pulled down only a few years ago. 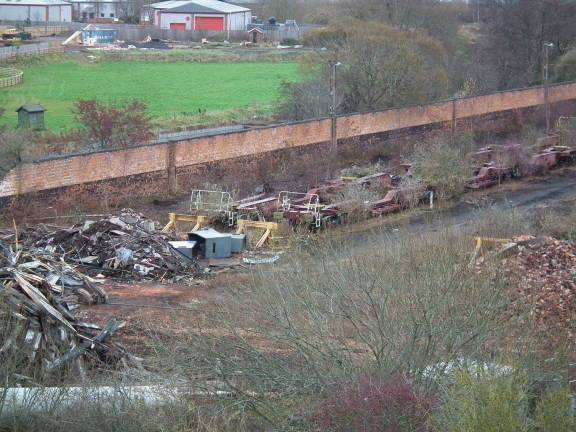 The last days of Carlisle Upperby TMD shows the Eurospine wagons still hanging around – still a potential if only a commercial use could be found.                        Photo ©: Phil Taylor 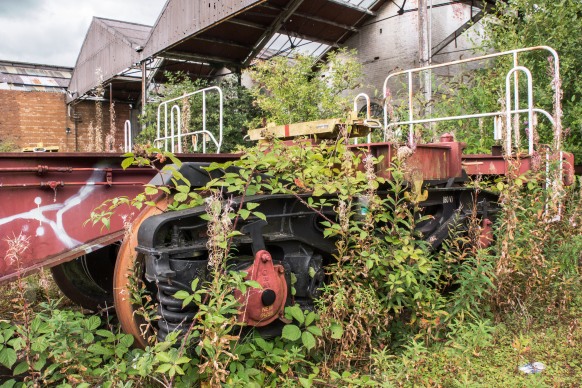 Weeds growing over the bogie of a Thrall Eurospine wagon at what remained of Carlisle Upperby TMD back in 2012. Photo ©: Gordon Edgar

One thought on “A Postscript To Piggyback Freight”