This announcement by the Government seems to be suggesting that DMUs will disappear from Britain’s railway network by 2040.  That’s 22 years away, but to be fair it was only ‘asked for’ by a Transport Minister a few days ago on February 12th, and the industry has been asked to report back later in the year.

Jo Johnson, the minister making these observations, at the same time as recognising that rail is much less harmful to the environment than road transport, also said:

“I want to see a clear, long-term strategy with consistent objectives and incentives.”

From an infrastructure perspective, the Government has paused and cancelled electrification projects, and in 2014 classed Network Rail as a public sector, further reducing the opportunity for investment and innovation.  There is irony in Mr Johnson’s comments, including claims that rail emissions have increased by 33% since 1990, due to traffic growth. 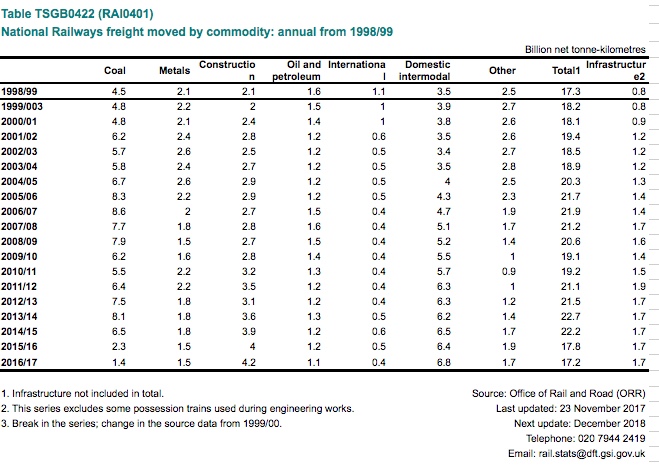 Well not in the freight sector perhaps, since according to NAO figures, between 2000 and 2016/17, this has actually fallen by 4%, from 18.1 billion tonne-km to 17.2 billion tonne-km annually.  Transport of coal, metals, and international traffic has declined significantly, only domestic intermodal and construction traffic has increased.  So, as much of the freight traffic is diesel-hauled, then we can perhaps only assume Mr Johnson is referring to regional passenger traffic.

Regional passenger traffic is largely dependent on diesel power beyond the South East of England, with limited electrified routes, and with some projects being cancelled, this does present a challenge if passenger numbers increase.  The improvements planned under Network Rail’s long term vision is driving train operating companies to buy into the so-called ‘bi-mode’ trains – the rail version of the hybrid car.

The operational life of these new ‘bi-mode’ trains under Mr Johnson’s suggestions will be limited to 22 years, and dependent on the success of the technology in meeting the likely growth in passenger numbers.  However, to date it has an uncertain future, since we don’t yet know if these trains will bet effectively battery operated, or powered by a diesel engine when not connected to the catenary.

So the headline may be correct, but if these hybrid trains are deployed on some of the regional routes, they will still be carrying a diesel engine, and churning out the emissions that Mr Johnson is keen to reduce or eliminate.  From a technology perspective, we are not there yet, and certainly no battery electric trains are operating regularly.

An interesting article looking at the state of play today was published in “Rail Engineer” back in October last year: